Note: To take advantage of latest CCDB content, the Managed Systems must be prepared and regularly updated with latest versions of standard software components for SAP Service Content:

The following Config Stores are available:

The customizing is defined using Template Configuration – Store Customizing. It is related to the Type e.g. ABAP Profile. A new customizing gets a three-digit Id which is then referenced in the store definition.

The following example defines to collect users that do have authorization for all rfc destinations and transaction SM59. As different Authorization IDs are used the authorizations might be provided by different profiles.

The technical names of the columns are

Examples of customizing are available by SAP Security Baseline of SAP Note 2253549 as part of “SAP Security Optimization Services Portfolio”.

The description provided by the document e.g. Configuration_Validation_Template_V2.3_CV-1 is related to Configuration Validation of Solution Manager. The section 2.3 Documentation of the Store Customization, and the customizing examples are also valid for FRUN. In the zip file (Security_Baseline_Template…) there is also a folder “Customizing_(all)” which has got several csv files that can be uploaded to the respective customizing of the FRUN stores.

Config Store for other Databases

How to find detail information about a Config Store? 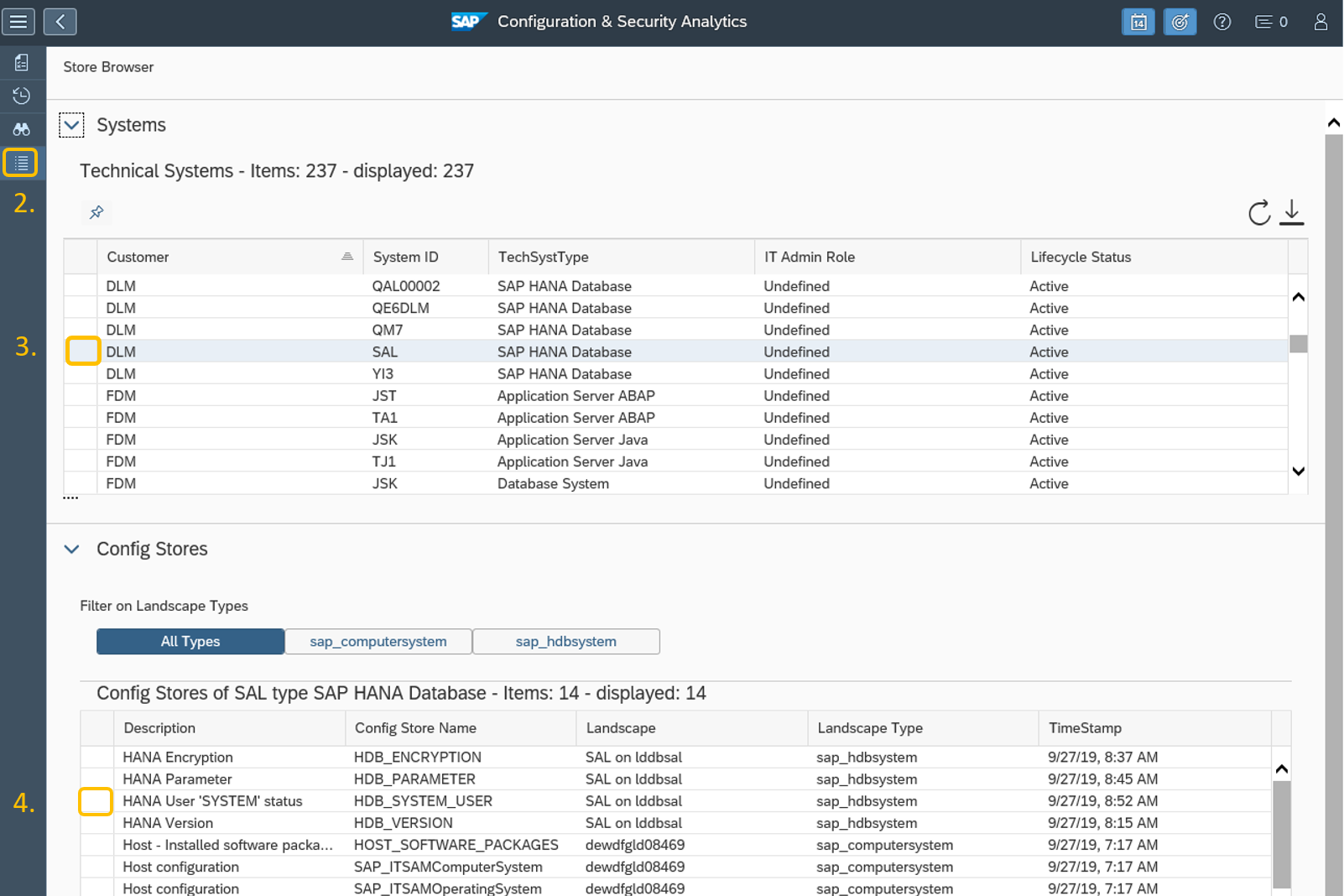 Figure: Finding a config store in the CSA Store Browser

Figure: Displaying the Items of a Config Store

How to get an online overview about available Config Stores?